I grew up on classic novels, most of which were Christian fiction. Most of the stories I read were fantastic, and developed my taste and appreciation for literature.

And then there were books like the Elsie Dinsmore series. 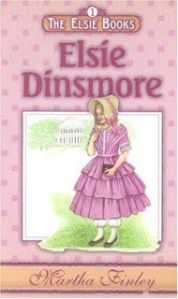 You may or may not have heard of these books. They are tremendously popular among conservative Christians, because they embody Christian ideals like patience, honesty, and love. They are also infamous for the heroine, Elsie. She’s perfect. That’s all. She’s just perfect, and as such, is an imperfect character. But writers can learn a few things from her.

Elsie Dinsmore is the ultimate idyllic character. She embodies a plethora of values, but I’ll focus on one: honesty. I distinctly remember reading the first book, and coming to a scene where she was in her family’s schoolroom, agonizing over an arithmetic problem. Eight year old Elsie already knows the answer, but insists upon worrying over the exact figures to ensure that she is perfectly honest. In a conscientious tween, this might have been realistic, but in an eight year old, it’s pushing it. The author let the ideal control the character.

The Truth About Undeserved Misfortunes

An undeserved misfortune is a widely used method of endearing readers to a character by creating sympathy. Oliver Twist and Tiny Tim are two widely known examples of this. It’s an author’s way of tugging on the reader’s heartstrings. They are wonderful tools, but they don’t always work, as in the case of Elsie Dinsmore.

Her mother died soon after Elsie’s birth, and her father didn’t know her until she was eight because he spent years touring Europe. These alone would have worked for the character, but the author added more. Elsie lives with her grandfather, his wife, and their children, all of whom despise her for no apparent reason.

To avoid creating another Elsie Dinsmore, keep the character’s undeserved misfortune moderate. If your character is orphaned and destitute, they already have the reader’s sympathy–you don’t need to kill off their best friend just to create more. Also, don’t ever provide opposition that lacks definable motive. No one despises someone else just because. They might not always voice it, but their motives (whether it be jealousy or anger rooted in past events) are always visible.

Elsie Dinsmore is what you call a Mary Sue. A Mary Sue/Gary Stu is a sit-in for the author’s idealized self. In the Elsie Dinsmore books, Mary Sue took the form of an eight year old role model. Elsie was a character who could be relied upon to demonstrate ideals like truthfulness, piety, and obedience. She’s also rich and beautiful. Those last two elements are two of the most base facets of the typical Mary Sue. However, beauty isn’t strictly a Mary Sue quality. When used in a Mary Sue character, there are always accompanying factors, like excessive talent (at everything), considerable intelligence, and some form of fame. This last element, fame, often comes in one of two extremes: either everyone is jealous of Mary Sue’s amazingness and therefore she’s treated with spite, or she has adoring fans that follow her everywhere.

Mary Sue worked her way into my tween writing in the form of a fourteen year old archery prodigy in an oppressive fantasy kingdom where she (and only she) could save the people from certain doom. At age eleven, that was my idealized self. But you can’t write characters like that, because they lack realism. To keep from writing a Mary Sue, don’t focus on your ideal qualities while crafting characters. Give your characters pitfalls, and things at which they don’t excel. Also, if you’re writing someone who has a step-up in society (like beauty, wealth, or fame), be sure to include an undeserved misfortune to amp up the reader’s empathy.

Elsie Dinsmore was a great role model, but a poor character. The ‘Dinsmore Disease’ can be avoided if you just remember to write real. Avoid idyllic characters, a load of undeserved misfortunes, and Mary Sues. In short, write a real person.